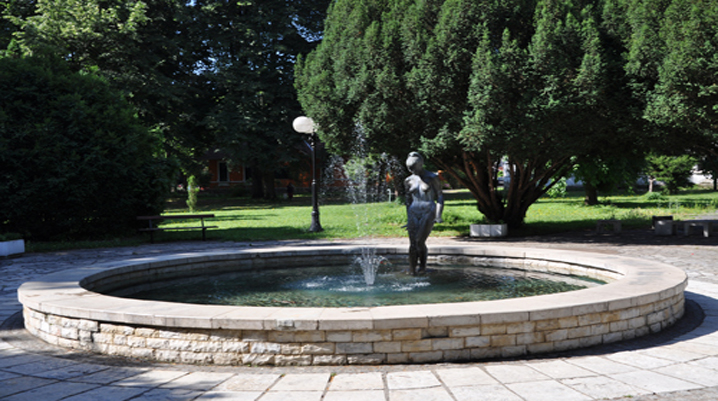 The initially occupied spot in the quick area of Mataruška Banja (Mataruska Spa) is referenced as the town of Papratnica (the present village of Papratna – the town of Mataruge) as per Turkish information, and after the registration of 1476, the first name of Mataruga is referenced in Quite back in 1560. Today we have Papratna situated on the right bank of the Ibar, while the term Mataruga is related to a plateau possessed during the nineteenth century by a family shaped by Radič Baltić, who came to the area of ​​Mataruška Banja from Brezova in 1770. Radic Baltic passed on in 1814 and is a typical predecessor of the present Baltic individuals who possess the referenced Mataruga plateau.

At the site of the present Mataruška Banja park, Austrian military records portray the “Lojanik” swamp, which reaches out towards the Žiča religious monastery community along the Ibar riverbed. On the left bank of the Ibar, toward the finish of the fifteenth century, the settlement of Janok is referenced, and the present settlement of Konarevo, of which Janok is just one section, is referenced in the Stevan Nemanjić Grant from Žička. The settlement existed during the whole rule of the Turks, and the enumeration from 1476 demonstrated it as the primary town of Maglički zijamet with 42 families and a market that is held one time per week.

The present Kraljevo is known as Rudo-polje during the Turkish rule, and the records of the Turkish assessment organization in the last part of the fifteenth century notice this town as the town of Maglička nahija of the Brvenica kadiluk. The settlement was named Karanovac (Knez Karan) after the Vlach Prince Rudo polje. The main broad unearthings at archeological locales in the Konarevo region were led between the First and Second World Wars.

Archeological remaining parts having a place with the hour of the appearance of the Slavs in the Balkans have been found. Later examination, generally suspended because of the absence of cash, shows the presence of a lot more established repayments having a place with the time of Vinca culture.
In June 1897, there was an extraordinary surge of the Ibar, which was portrayed by the memory of the late Milutin Baltić (1892-1995). He portrayed the flood as the reason for the mass development of the populace from the area of ​​Mataruško polje to the Mataruga level. Inhabitants have been involving boats for a really long time to cross the overflowed region. With the withdrawal of water, the Ibar riverbed additionally changes, and hot and rancid water shows up on the site of the flow Mataruška Banja park.

The top of the then assessment organization in Kraljevo, Milutin Vesnić, went to the field to decrease the expense base for the proprietors of the land where the smelling mud shows up, on which the established yields don’t flourish. Milutin Vesnić expected that after the withdrawal of the Ibar, a warm spring showed up immediately and he accepted that it was mending sulfur water. He called the area specialist Dimitrij Antić to get his point of view on the newfound water. Dr. Antic took a water test and sent it to the Chemical Institute in Belgrade, where he got a report from the head of the Institute, Dr. Marko Lek, as per which, notwithstanding sulfur and hydrogen sulfide, the investigated water likewise contains sodium carbonate, which could be utilized to treat persistent rheumatic infections. In the interim, the nearby populace is extending the current warm spring on its own drive utilizing sulfur waters.

Because of the extraordinary interest of the patients in the newfound water, local people are building open restrooms with the development of a pantry that empowers the difference in water in the spots where the showers were fabricated. The hovels that the proprietor leased to the clients of Mataruška Banja are being assembled rapidly.
As the fundamental method for transport around then was the bull truck, wooden tubs that utilization the spot of the tub are regularly conveyed. Proto Savatije Božić established the business entity “Mataruška Banja” with a few rich dealers from Kraljevo. The state organization, in any case, liable for regular assets, announced the water of Mataruška Banja therapeutic, however left the utilization of water and further advancement of the spot to the recently shaped society.

During 1900, the organization assembled two restrooms, ladies and men’s, and in 1907 the organization fabricated two additional pools. Patients experiencing “painful injuries” wash in a bigger pool (in all probability decubitus ulcers, ulcer cruris, skin inflammation, dermatitis, and dermatoses of different etiologies). In the more modest pool, which was really a repository of sulfur water, mud was set, which was brought from the environmental factors of Kraljevo throughout the fall. Blending mud in with sulfur water, it was additionally sold on the suggestion of spa specialists, and patients took it home, putting it on the impacted region.

In 1907, as a feature of the assembled pools, another room was fabricated where ten substantial tubs are found. To get a more prominent yield of springs, the organization plays out extra unearthing and extended well gear with a gas motor to siphon water. Around the same time, the development of the four-room emergency vehicle, which was reestablished in 2001, started.

Just before the First World War, a coal-terminated power plant was constructed. Power is utilized for siphoning sulfur water yet in addition to occasional public lighting. Just in 1946, Mataruška Banja got a super durable stock of power. The primary extraordinarily fabricated structures for the necessities of spa patients were the estate “Žiča” and the manor “Kraljevo”, worked in 1911.

Estate “Kraljevo” changed its name to the station “Maričić” after the Second World War, while the manor “Žiča“, has been gravely harmed because of the bombarding of Mataruška Banja, and then was remodeled.
In 1923, the business entity constructed another well, and in 1924 raised the supposed another restroom with 38 baths that will begin getting patients one year from now however will stay being used during the spa season.

After the Second World War, the offices of the business entity and private offices, in the meantime worked in Mataruška Banja, are dependent upon the law on nationalization, and the then Ministry of Health announced pointless the utilization of restorative mud as an adjuvant remedial method. In 1947, another 7.5 m profound very much was uncovered and well no. 2 is developed to 8 m. In 1948, well no. 4 with the hottest water coming from a profundity of 11.5 m. The deliberate temperature was 52 ° C at the good outlet. Over the long run, the water temperature dropped to 42 ° C.

After ten years, with significantly more present-day innovation, more profound wells were bored and water with a fieriness of 52 ° C was gotten once more.
In mid-January 1951, the primary winter restroom with thirteen tubs loaded up with sulfur water from recently gained wells was opened in the structure of the “Kraljevo” manor (presently the “Maričić” station). Simultaneously, because of the kickoff of the washroom and the kitchen block, the “Maričić” medical clinic turns into an establishment that gets patients consistently.

In 1961, the “Maričić” clinic turned into a middle for actual medication and restoration of rheumatological and gynecological sicknesses. In 1958, a recovery place was worked close to the current estate “Ibar”, which is a metropolitan structure, which in 1961 became Stationary II, in contrast to the manor “Maričić”, which is treated as Center or Stationary I.

In 1975, the Pension and Disability Fund finished the structure of the “Agens” Rehabilitation Institute, which is associated by a warm association with Hospital II. The Institute for Rehabilitation and Physical Therapy was isolated as an extraordinary organization from the normal wellbeing resorts of Mataruška and Bogutovačka Banja and enlisted as such in 1974. Until 1986, it was as yet being used, yet just in the season, the “Maricic” medical clinic, in 1999, obliged 208 individuals ousted from the region of Kosovo.

Starting around 1992, the main injured from previous Yugoslavia after the conflict in Vukovar and Knin, and afterward from Bosnia and Herzegovina, have been coming to the Institute for Rehabilitation and Physical Therapy. They stayed in treatment and afterward obliged until 1998. Because of the absence of assets, the Rehabilitation Institute was not fixed and there were no assets for progressing support.
The primary chips away at the maintenance of the structure started after the occasion of October 5, 2000. With the recharging of the hardware fundamental for the presentation of the essential exercises of the Institute in the main portion of 2003, the method of extending the property of the Institute inside the trading of the land of the Ministry of Interior and the Ministry of Health was finished. In this way, the previous Gendarmerie Home, Villa “Morava”, comes into the ownership of the Institute for Rehabilitation and Physical Therapy.

In 2002, because of the absence of water in the nearby water supply framework, an all-around was opened in which mineral water with a lot of magnesium was gotten at a profundity of 8 m. In February 2003, the reclamation of Center II started.